Skip to main content
It looks like you're using Internet Explorer 11 or older. This website works best with modern browsers such as the latest versions of Chrome, Firefox, Safari, and Edge. If you continue with this browser, you may see unexpected results.

COVID-19: To find out how the pandemic is impacting library services, please visit the Library website.

"Ethnomusicology" is the study of traditional and living music from oral traditions, especially music sourced outside of the urban Western European cultures.

Box Hill's "databases" include streamed audio, directories of information, and very large collections of journal articles, sourced from "database providers" who have contracts with the publishers. If you search the individual databases from the "Library databases" link on StudentWeb, you are exposed to many advanced searching options. The E-Journal portal  through the "online journals and books" link on the Unicorn library catalogue is not fully comprehensive, eg it covers Ethnomusicology Forum but not Ethnomusicology.

Please click on a title below, if you wish to use that database.

Naxos provides streamed audio. The recordings available are mostly classical, but there are also some world and jazz recordings in this file. Choose the lowest quality, as the Box Hill network does not have enough bandwidth for CD quality.

Music Online is excellent for World Music. It is an integrated search interface for reference information and audio files.

RefWorks is an easy yet powerful tool for saving and reformatting your reference citations.

RefWorks will take and store snapshots of the referencing information from the resources you find. It's quick and easy once you've had some practice.

How useful did you find this page

You can add questions and comments if you wish.

Performance in time and space is the essence of music. Your perception of music and your response are schooled by what you have learnt of music theory, history and aesthetics. But the performance is what is real, even if scripted by notation, and all analysis comes back to it.

Do you know the title of the album?

Try author. A performer, composer or group could be listed as an author (which is the personal name field, surname first, or the name of the group).

Consider the genre. Does it go by the name of a style? or a country? or a region? Try searching for these as keywords or subjects. If in doubt about the subject, "browse", and go back to the previous page or onto the next until you find what you need. It's like browsing the index at the back of a book.

Dewey numbers are grouped by type of instrument (plucked, bowed, percussive) and ensemble so finding a number could be good, you can look at this part of the shelf. Or (better) go to powersearch in Unicorn and browse by number, once you've got one to start with. Don't forget that books may be on indefinite loan, so place a "hold" on any titles you need so they can be recalled.

An instrument or ensemble type could be searchable by keyword if it is listed in the catalogue record.

Link to the catalogue here to try these approaches.

The Web may also be a source of recorded music. Web resources include the Smithsonian Institute.

You can identify recordings using the UCLA Ethnomusicology Archive.

DVDs and Videos are alternative formats for recording performances. You will need to use "POWER SEARCH" (the link is below the basic search box) to limit to these formats. Both are given the prefix "VC" before the call number and are shelved throughout the books and music CDs depending only on the numbers.

Box Hill is currently building its score collection especially for vocal and twentieth century music. We have little or no non-Western music.

Note that all scores carry the MU prefix before the call number, and are shelved at the beginning of the 780's rather than being shelved throughout the call number range like all the other formats.

Books are usually compiled and written by experts, while some journal articles may have been written by graduate students and early-career researchers. Some books on non-Western music include...

Box Hill subscribes to a number of journals and magazines. You find the print copies we hold, by searching on “periodical title” instead of “words or phrase”. (You cannot search by author or article for print copies.) All BHI print periodicals will have "PER" before the call number.

You will also find a number of online journals listed by title,  and with these you click on the  "URL" link to go to the online databases that provide them. Full-text sources online e.g. InfoTrac General OneFile are very useful. You may want to restrict your searching to peer-reviewed articles, for additional authority. Even if you can only find a citation or summary (“abstract”) e.g. much of EbscoHost / New Zealand Research Centre and Academic Search Elite, this may be useful too. You can download a form from StudentWeb and ask for a free interlibrary loan.

The goal of using journal articles is to achieve "intertextuality", where you add your voice to what has been published by others. You may compare, contrast, evaluate, agree, critique, contextualise, speculate... making sure that the authors you are referring to are named according to the Harvard style of referencing. i.e. they will be cited in the text and listed in end-notes.

Reference sources are good when you're having trouble getting started, or need some general background.

wikipedia www.wikipedia.org may be useful also, but you can't quote directly from it without verifying the information in the sources it quotes, or elsewhere.

This option was left til last as you need to be very well-informed or discerning to know what is worthwhile on the Web.

If a site is new to you, please note who takes responsibility for it, who sponsors it, and when it was updated. Is the material supported by other facts you have found? You may need to refer to all of these points in your report.

if you find references to JSTOR articles on Google Scholar, remember that you can access JSTOR if you have a State Library card. 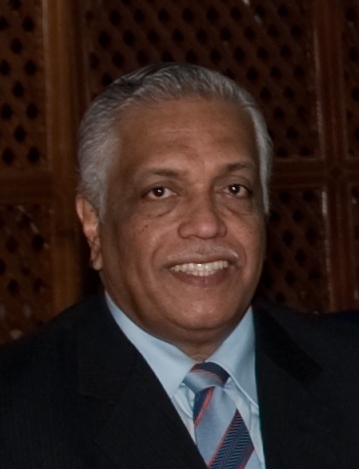 Fran once played cello rather badly.

Take out a State Library of Victoria card and access their databases for free.

A selection of their databases is listed below. If you are an SLV member already, just click on a title to use that database.

Full-text digitised back issues of important journals covering all subjects from the first issue (some as early as 1700). Currency of the articles varies, with most within 1 to 5 years of the current issue.

Indexes humanities and social sciences journals with coverage from the 18th century to 1996. Includes journals in English, French, German, Italian and Spanish

Great detail on US films 1893-1971, plus separate listing of AFI top ten films 2000 onwards. Advanced search option with 12 categories including cast, title, subject, year. Coverage beyond 1971 will be added in 2007.

Index to film and television literature providing cover-to-cover indexing and abstracts for more than 300 publications, and selected coverage of 300 more. Designed for use by a diverse audience that includes film scholars, students, and general viewers.

ndexes over 100,000 films from 170 countries, with plot summaries, full-cast and crew lists, award details and more.

Index with some full-text for 83 journals, plus more than 420 international music periodicals indexed. Comprehensive coverage of music styles.

Box Hill Institute acknowledges that all of our learning sites are situated on the ancestral lands of the Wurundjeri people of the Kulin Nations and pay respects to the traditional custodians and their elders past, present and emerging.
© 2021 Box Hill Institute RTO: 4687 CRICOS: 02411J